Mercenaries “Wagner” took part in the crash of IL-76, on Board which killed nearly fifty military APU 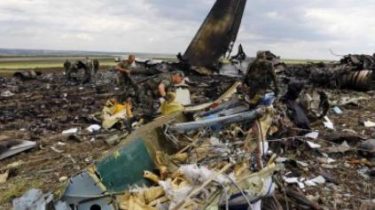 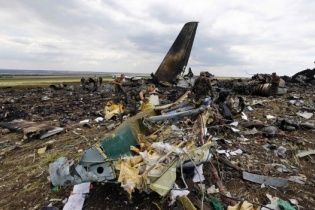 Mercenaries of the Russian private military company Wagner participated in sbit Ukrainian military IL-76 plane in Luhansk, the assault Lugansk airport and the city of debaltseve, 2014.

The Chairman of SBU Vasily Gritsak reported today, October 7, at the briefing.

“What he did “a group of Wagner” from the beginning of her stay in the East of our country? The key ones (operations) – is the Downing of IL-76 with our Marines on Board. Then killed 49 servicemen of the Armed forces of Ukraine. In their active participation in the assault on the airport in Lugansk, the assault on debaltseve and other peace settlements”, – he said.

Videosu of the leaders, “LC”: proceedings of the downed IL-76 was moved again

According to Hrytsak, in the crash of IL-76 and the assault on the airport in Lugansk took part 72 fighters “PMC Wagner.” Of these, 15 people died that are installed SBU.

“Storm the city of debaltseve, Sangarwe – 205 militants Wagner took part in them. The loss of 21 persons, know everyone,” he said.

Hrytsak also said that the Russian mercenaries from the band “Wagner”, who fought in Donbass and Syria include a few dozen of Ukrainians.