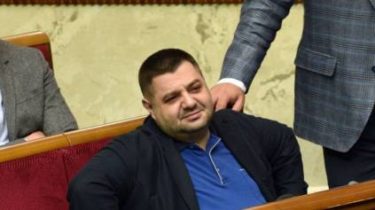 The Deputy from BPP Alexander Granovsky has denied media reports that the car was stolen from under the Cabinet, the laptop was missing and a bag with documents in his name.

“You don’t mess… All in a full order”, – commented on this information Granovsky.

Also answering the question of whether the MP denies information of stealing his car and kidnapping things, the MP answered in the affirmative.

“There is a statement that was Grand theft auto. After some time, the car was found and returned to owner… that car that something was missing, the statement is not” – said the police.

Now the police establishes the identity of the attacker, who has stolen a car, in fact openly criminal proceedings under part 3 St. 289 criminal code of Ukraine – “Illegal taking vehicle”, which is punishable is punished by a fine from 1000 to 1200 tax-free minimum incomes, or imprisonment for a period of 3 to 5 years.

We will remind, earlier LIGA.net referring to sources in law enforcement bodies has informed that from-under building of the Cabinet stole the car, which had a laptop and a bag with documents in the name of the MP MFP Alexander Granovsky.