The militants have significantly reduced the number of attacks, but resorted to information provocations 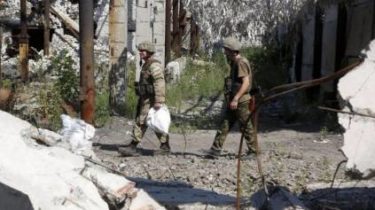 For Saturday, October 7, in the area of ATO in the Donbas the militants reduced the number of attacks of positions of the Ukrainian army. At the same time, the full extent of the regime remained silent only at the direction of Lugansk.

“Night in Donetsk direction the enemy had not used the weapon, however, a day fighters from various types of grenade launchers, heavy machine guns fired at our positions near Avdeyevka and Sands industrial area. And in the seaside area of occupiers at about noon opened fire from automatic grenade launchers and small arms the fortifications of the ATO forces near the Water. Our fighters fire quickly stopped the activity of the enemy”, – stated in the message the press center of staff ATO.

At the same time, the Ukrainian military say about the information provocations from fighters:

“Today the Pro-Russian mercenaries once again resorted to cynical lies. Russian representatives in the Joint center on control and coordination of questions of ceasefire accused the Ukrainian military in the shelling of heavy weapons of enemy positions near Donetsk, Gabacho, Mineral, Yakovlevka and some other localities. The press center of staff ATO once again emphasizes that the servicemen of the ATO forces adhere strictly to the peace agreements and the first ever fire at the enemy do not open. However, we reserve the right to make an adequate response to the enemy in case of aggressive or offensive actions of the opposing side”.

Since the beginning of the present day fire towards the militants, the Ukrainian military opened only once near Water.

“All allegations of attacks we consider as provocations directed primarily to the escalation of the conflict”, – stressed in the press center of staff ATO.