How to return the occupied Donbass through the laws. Evaluation of MPs and experts 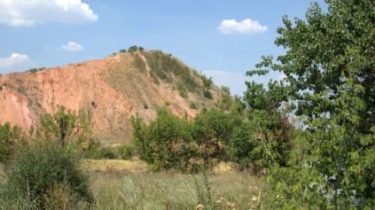 After maintaining the Verkhovna Rada two laws concerning Donbass Ukrainians had many questions.

Quarrels and suspicions around them was strengthened by the fact that the final text of the law on the reintegration of Donbass, for example, no one has seen. Comment on decision no one wants. In 2015, the protest attack on Parliament killing of 4 national guards and wounded another 140 people. Video footage this week in the same place was not so bloody. Smoke bombs are lit up only within the session hall. “Here, smoke bomb lit I! And I think I did right because I would have this Parliament burned down, so he did what he does, those unconstitutional things,” said the people’s Deputy of “Svoboda” Yuri Levchenko.

The result still qualifies whether the crime of arson Levchenko draughts in the hall of sessions of the Parliament and public calls for the destruction of the Supreme legislative body of the state.

“Former partners in the democratic coalition, people who call themselves patriots, and even Ukrainian nationalists, tore the ballot and for what?! To legally recognize Russia as the aggressor, and her troops occupiers. Here’s how the call – “who does not jump” – jump up so high, as to voting for the obvious Ukrainian interest – like they have done,” said President Petro Poroshenko.

Without giving ratings, it should be noted that both incidents with a difference in two years occurred on the same occasion – determination of status of captured by Russia and separatists in certain regions of Donetsk and Lugansk regions. The problem is acute. In both cases, the President has established a legal change to a fundamental and urgent. This time Parliament was to consider 5 different projects of two laws. In the end, the deputies settled on two final options for that and voted. One increases the current legal status of the occupied territories with the possibility of local elections and the creation of the so-called people’s militia. However it virtual, because it will come into force only after the liberation of the occupied lands. The second new, about the features of public policy in relation to the temporarily occupied territories. It is adopted only as a basis, that is, the text will still rule before the second, final approval. However, radical changes should not wait, and so look at the existing fundamental provisions. 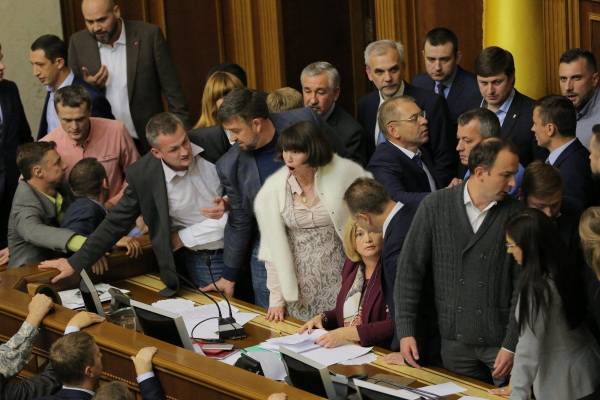 Legal acts, which give the occupation administration of the Russian Federation are invalid and do not create legal consequences. Ukraine is not responsible for the illegal actions of Russia on the occupied territories.

All security formations in the zone of the ATO are subject to the joint operations staff of the Armed forces of Ukraine.

It is too early to say, these changes will bring victory and peace, but the novelty lies in the creation of the joint staff to oversee all security forces, except for Jackson, who is fighting in the East. Formally, it will be headed by a military chief, but not President. Critics accuse, thus Petro Poroshenko wants to share the responsibility for further military action.

“There is no other logical steps that require the President by the Constitution and the defence act, that is, the Declaration of martial law, the creation of the Supreme commander to use all available economic, political, social, and other tools to give armed resistance to this aggression,” – says the lawyer Alexander Jara.

However, Poroshenko, according to the Constitution, remains a guarantor of the sovereignty and Supreme commander. Obviously, after the adoption of the law in General will be built a clear hierarchy of power control in the Donbas, which should strengthen the position of President. 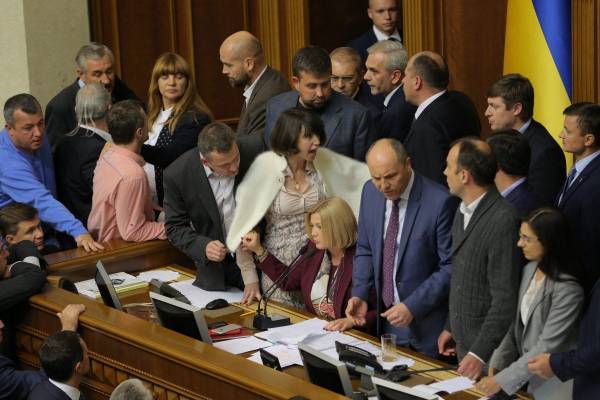 “The Verkhovna Rada is confirmed, provided that a law is passed that the actions of the President regarding the use of force will be lawful, reasoned and objective. We can understand that the President in the future, take some active steps, that is, will allow the armed forces might go into attack or some objective way to defend” – does not preclude Inna Mine, a lawyer.

There is a new law and commentary on international legal consequences. “No key sentences – when the occupation commenced. If it is not, this means that until today everything was in Ukraine – not the occupation and the internal conflict and the Ukrainian armed forces were used illegitimate”, – expressed his opinion the people’s Deputy Oleg Berezyuk.

Note that the future the law says is not about anti-terrorist operations, and on measures to ensure state sovereignty. He finally removes the question of the legality of the use of Armed forces in the Donbas, but he calls the current state of peacetime.

“It increases the legal basis for the use of the armed forces, expanding their abilities in the region, and this strengthens the arguments in favor of granting Ukraine defensive weapons,” – said Petro Poroshenko.

The US and Germany have already welcomed the adoption by Parliament of these laws, and the special representative of Washington Kurt Volker held closed-door talks with an authority from the Kremlin, Vladislav Surkov. Special news from there yet, as there is no definitive answer to the question of our common destiny, even after final approval of new laws. He was waiting for a week, then be more specific insights. Now you can console, at least that political and legal Ukraine is not just reacting to challenges, but also offers its own strategy, which must look for the answer is the enemy.