At Boryspil highway, a woman took his own life by throwing himself under the wheels of a truck 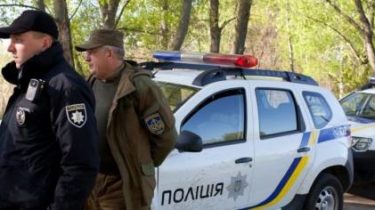 At Boryspil highway in Kiev under the wheels of the truck hit the woman born in 1983. From the received traumas the victim died.

It is reported by the head of communications section of Kiev Oksana Blasik in Facebook.

According to preliminary information, the woman arrived at the scene the car “Volkswagen” parked it along the road, when a van pulled up, jumped under the wheels. Among the belongings of the victim found in the car a suicide note.

The issue of opening of criminal proceedings, which will establish all the circumstances of this tragic incident. The basic version, which is considered law enforcement officers: so the woman committed suicide.

In Kharkiv 17-year-old boy took his own life, hanging himself from a tree

“Police Kiev turns to the witnesses of the accident: if you have information or videos which will help in the investigation, please provide them to the Department of investigation or report number 102”, – stated in the message.

Oragadam that in the Metropolitan navodnitsky Park pensioner committed suicide.

As noted, the victim was found by locals near the temple of the Holy Prince Vladimir.

The militiamen who arrived at the scene of the incident, found that the suicide – born in 1946 – took his own life with one precise stab to the heart. During the inspection of the body the police had found documents and more than 1,000 hryvnia.