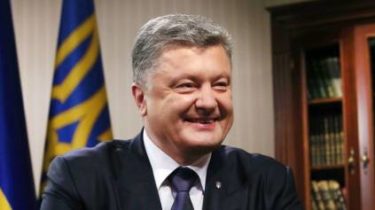 Ukraine expects to attract Turkey to the international group friends of the de-occupation of Crimea.

This was stated by President of Ukraine Petro Poroshenko after the meeting of the Strategic Council of high level between Ukraine and Turkey, writes UKRINFORM.

“We also look forward to Turkey’s involvement in the international group friends of the de-occupation of the Crimea, the idea of formation of which I announced at the UN in new York,” said Poroshenko.

He said that during the talks with President Erdogan and they noted the “inadmissibility of the situation of violation of human rights in Crimea, which is constantly deteriorating due to the repressive actions of the Russian Federation”.

“Searches and arrests, harassment, intimidation and repression of all who do not agree with the occupation or the policies of the invaders have become, unfortunately, commonplace in the occupied Crimea”, – said the head of state.