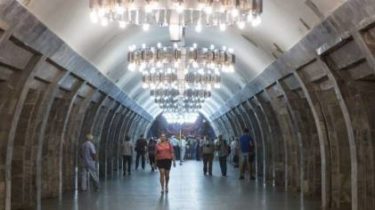 Today, October 9, in connection with the conduct of the match between the football national teams of Croatia and Ukraine, Kyiv metro will operate an hour longer – last train from Central station go about 1:45.

During a football match the order in the capital will follow nearly 4,000 law enforcement officers.

We will remind, on 9 October in Kiev at 21:45 will be the last qualifying football match for the 2018 world Cup between the national teams of Ukraine and Croatia. Traffic will be prohibited on segments of streets of Ivan Fedorov, Big Vasilkovsky, Volgograd and Taras Shevchenko Boulevard. It will be impossible to drive on the street Khreschatyk, independence square and the street. Adjacent to NSK “Olympic” routes will also prohibit the stopping or Parking of vehicles.