Korczak received more than 200 thousand UAH salary, of which half is for improvement 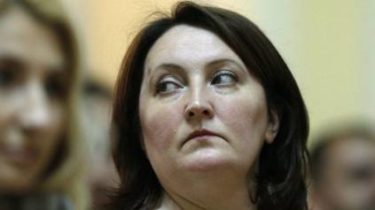 In September 2017 the head of the National Agency for corruption prevention (NACP) Natalia Korchak received a salary in 946 211 thousand hryvnias. This is stated in the Agency’s response to the inquiry of “the Ukrainian news”.

Will not wait. Korczak commented on the possibility of his retirement

Even 107,2 thousand hryvnias of material assistance to the head of NAPC received the treatment. An additional 3.5 thousand hryvnia she earned for work that involves access to state secrets.

Earlier it was reported that the leadership of the NACP wrote themselves bonuses without the permission of the Cabinet of Ministers of Ukraine. The national Agency was widely criticized for the incorrect operation of the registry for declarations that at the end of the deadline for reporting was not working for several days. On the eve of the deadline, April 1, when should be registered with all the electronic declarations of officials, the system again failed. Prime Minister of Ukraine Volodymyr Groysman called on the head of the NACP Natalia Korchak and other members of the Agency , ovalities. In turn, Korczak declared that is not going to resign.

Korczak was summoned to a meeting of the Parliamentto report on their work. During a speech in Parliament, she admitted she has written a prize in 200 thousand UAH.