The British driver hit the network page with dimensional cargo 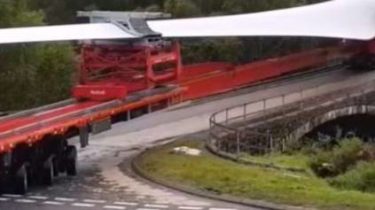 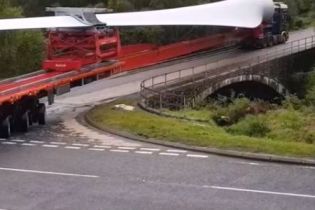 British transport company “McFadyens”, which produces trailers for the transport of large cargoes, published a video in which the driver performs a 90-degree turn with a 70-foot trailer, according to the website.

In the posted video you can see how on an ordinary road, the width of which does not exceed 10 meters, the driver with overall the trailer carrying the blade from the wind turbine, easily and right the first time included in the rotation.

We will remind that recently in düsseldorf, one of the pilots also showed great skill during the landing of the airliner “Airbus A380” airline “Emirates” in a strong headwind.