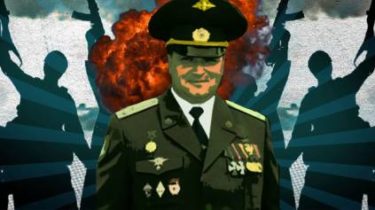 The Kremlin actively sends generals and political advisors to help the leaders of the “L/DNR”. TSN.ia together with the counterintelligence of SBU collects data about Russian citizens who take part in the creation of quasiregular.

In previous publications it was about destroyed in Syria the General Valeriy Asabove and major-General Valerie Sharapova who took part in military operations on Donbass, and also about the General-Lieutenant Michael Teplinskaya, the arrival of which in the occupied territory was equivalent to Armageddon.

In the political field in the Donbass, noted the Russian nationalist Latvian origin, Aleksandr Kazakov, who became the image maker of the leader “DNR” Alexander Zakharchenko. Also attention was drawn to the so-called former attorney General “DNR” Ravil Khalikov, who took two Chechen wars and took part in the annexation of the Crimea. 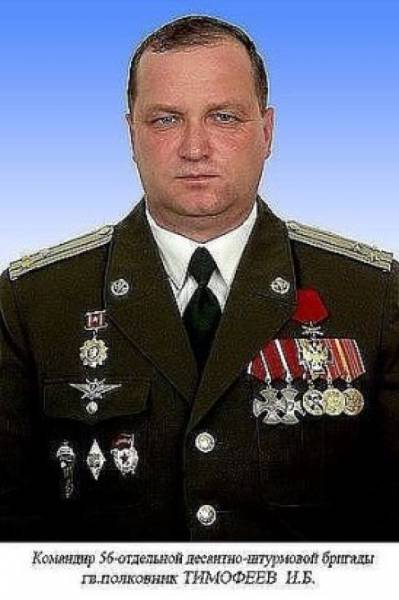 The hero of this publication was another representative of the so-called “brotherly people” who came to protect the interests of the “Russian world”. The man who build his career on killing people, who does not hesitate to Rob the Ukrainian people and their own leaders. Person must be of high moral and officer level, do not hesitate to take a mistress in the territory temporarily occupied territory of Donetsk region.

We are talking about the General-the major of armed forces of the Russian Federation Timofeev Igor Ivanov, who recently was the head of the 3rd Separate motorized rifle brigade of the 1st army corps of “DNR” (in/h 08803, stationed in the city of Gorlovka). Timofeev concealed his name, and it seemed as Sokolov Igor Borisovich (call sign “Brest”, “Maykop”, “Sokolov”).

According to information from open sources, the officer is a highly skilled military. He has experience fighting, who received during participation in the Chechen war, repeatedly encouraged at home as the leadership of the Ministry of defense and the state.

Here are some extracts from articles about Timofeev and an interview with him published in the newspaper Krasnaya Zvezda in 2007 and 2014.

“In early March 2000, completed the destruction of the gangs in the mountainous regions of Chechnya Near the village of Komsomolskoye on the stage of advancement of the reconnaissance platoon ran into an ambush. Only through quick and skillful actions of the reconnaissance battalion had two companies to hold the line of defense, to ensure the withdrawal of the platoon of the first company.

Guards Colonel Igor Timofeev said: “Organized and held the defense up from the bottom. The enemy was very numerous. And yet, fascinated by the pursuit of the first company, the militants did not notice that the entire avalanche was in the semicircle under organized dagger fire units of the battalion. The battle lasted from 13.00 to 24.00 hours. The enemy in all directions trying to break through the defenses and destroy the battalion. At night we decided to go up and occupy the commanding heights. Very timely arrived infantry company from the group “West”. Calling artillery fire on themselves, gradually began to take the height. My battalion had to occupy the commanding heights under enemy fire. By the end of the second day we took them. The morning of the third day, the militants moved”. 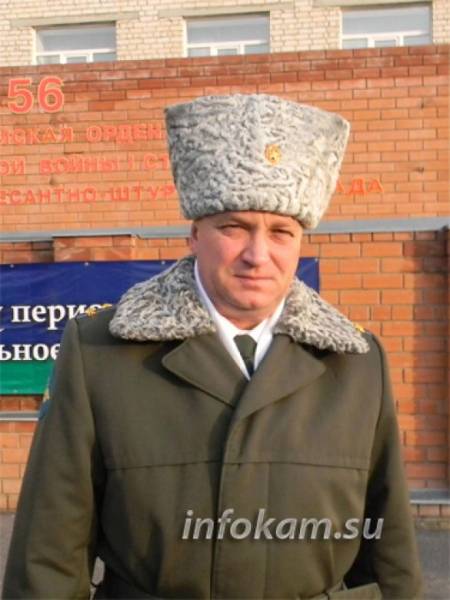 The battalion Timofeeva was less than a hundred paratroopers with light weapons. For two days the loss amounted to six men killed, over thirty injured. The order of Courage awarded to the entire battalion,” reads the article.

The publications also includes some facts from the biography Timofeev. His Siberian roots, was born in Novosibirsk in 1968. Military personnel in the family was not. Parents – engineers.

“However, in his youth, books, movies, and short stories by veterans about the war – like the seed that fell on fertile soil, sprouted the desire to test themselves to the military service and the dream to where it is difficult, that is, in the Navy,” – says the publication.

Timofeyev started his service as an officer platoon leader in the 104th airborne division, which was stationed in Azerbaijan. When in 1993 the division was relocated to Ulyanovsk, Timofeev entrusted parachute company. For two years he did her best, for which the regimental commander has allocated Timofeev apartment.

In 1995, lit “first Chechnya”. Timofeev took part in the fighting, being in the “hot spots”. He also “tested his strength” in Nagorno-Karabakh, Armenia and Azerbaijan, Abkhazia and during the second Chechen war. Got a few medals – “For courage” “For merits before Fatherland”. 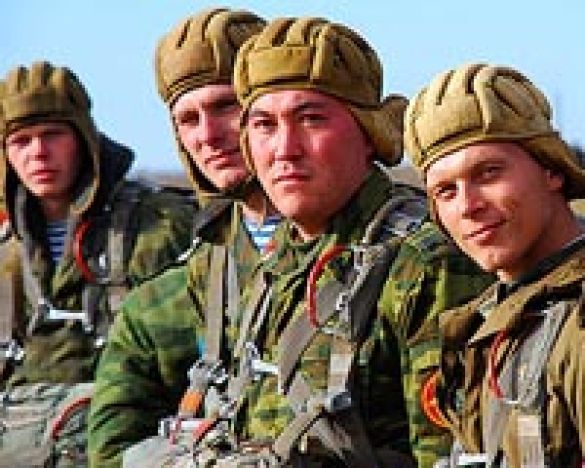 In 2001, Timofeev entered the military Department of the Military Academy named after Frunze, study which was then “in demand”.

“Further service of the Deputy commander motorized rifle regiment (later chief of staff) connection in the guards, stationed on the territory of the Chechen Republic, has helped to broaden my horizons, taught “from different sides” evaluate tactical options and interoperability of heterogeneous troops,” writes the author.

In 2006, Timofeev became the commander of the airborne assault regiment, which “confirmed the title of one of the best in the North Caucasian military district”.

In 2012, Timofeev was appointed commander of a separate motorized rifle brigade (mountain), which was stationed on the territory of the Republic of Adygea. By the way, one of the callsigns Timofeeva just points in the Circassian period in the life of Colonel – Maykop is the capital of the Republic. There he was actively engaged in combat training and exercises mandated “mountain forces”. 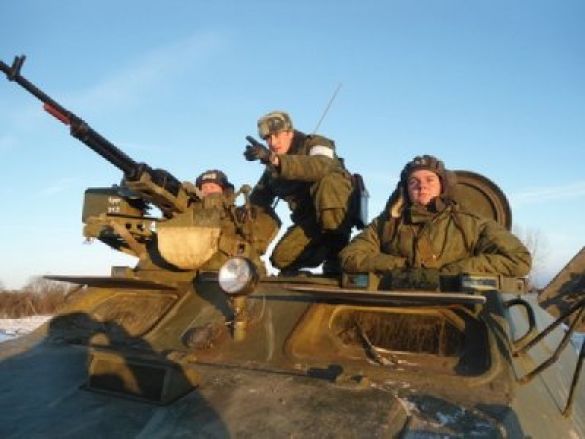 “That kind of fate. And it was not “very difficult” or “very bright” period of service of Lieutenant Colonel Timofeyev. Because every month and every year and we have had full effort. Dedicating time and personal interests. What allows him for decades to be in a combat situation, while maintaining optimism, emotional balance, faith in the correctness of their way?.. Igor Borisovich says: “every normal person should be a high goal to which we must go, no matter what. A must see in this the meaning of life. To find this satisfaction. Work, family, everything must be directed towards the same goal. Someone has to protect the Homeland” – referred to in the publication.

Given the statements Timofeeva, the question arises: what kind of “high goal” he pursued, fighting in the Ukrainian Donbass in the period from 2015 until June 2016. And as “protecting the homeland” is correlated with the activities that Timofeev was deployed in the area of smuggling.

According to intelligence, his subordinates, the Commissioners Vadim (09.06.1972 G. R., call “the Commissioner”, the first Deputy commander of the 3rd Omsbr) and Misirkov Romuald A. (19.08.1978 YOB, call sign “Rome”, the commander of the 2nd infantry battalion 3rd Omsbr) – established the channel of smuggling in the “DNR” inventory items (cigarettes, canned food, meat, etc) and cash. 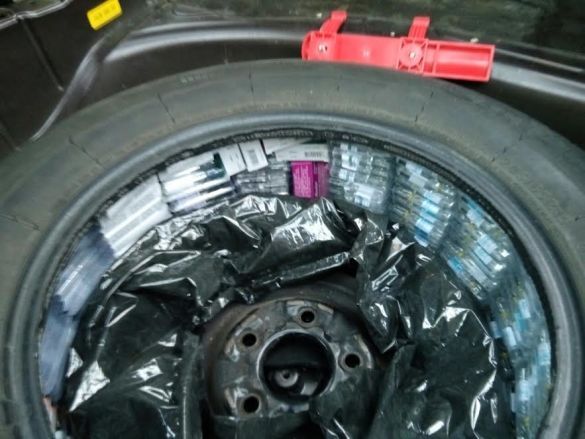 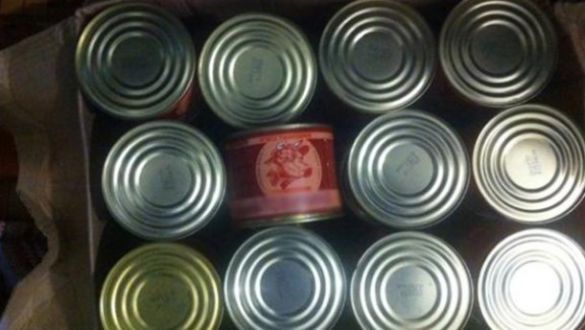 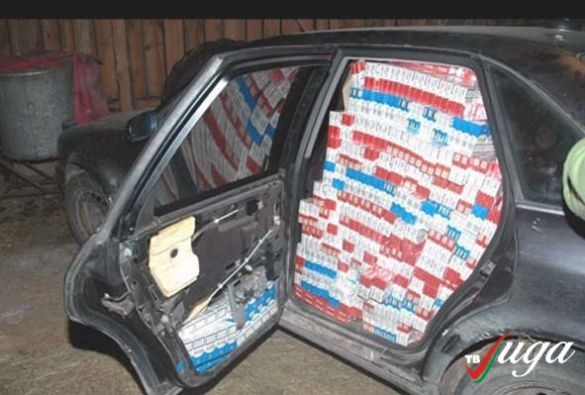 Therefore, it is likely that the military campaign in the Donbass Timofeeva was inspired by a desire to improve their financial position and get a promotion and additional combat experience.

Also, according to counterintelligence, Timofeev, being married and having minor child in Russia, maintained an intimate relationship with a resident of the city of Gorlovka, Y., 1977 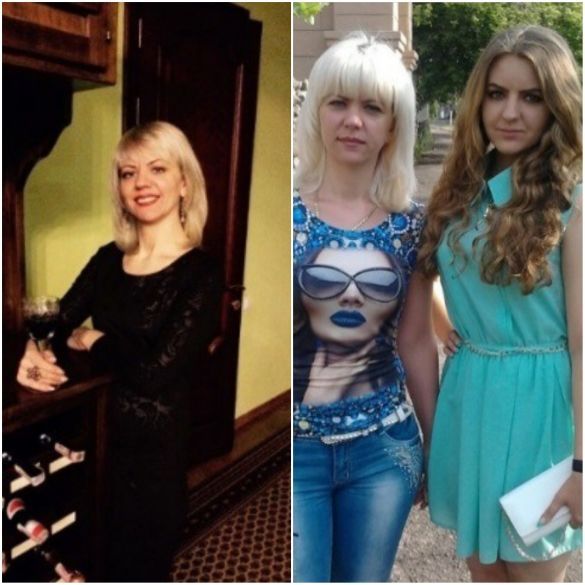 The photo on the right – wife and daughter last call 2014

Now Timofeev returned to Russia, where improving their skills at the Academy of the General staff of the armed forces. And counterintelligence of the SBU said that Timofeyev is actually a “war criminal”, and the enemies he lacks not only in Ukraine, but also in the territory of the Russian Federation, in particular in the Chechen Republic.