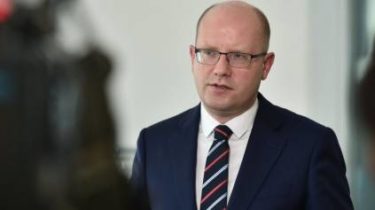 The proposal of the President of Czech Republic Milos Zeman to”sell” Russia annexed the Crimea contrary to the foreign policy of his country, and was proclaimed without the consent of the government.

About this Twitter wrote the Prime Minister of Czech Republic Bohuslav Sobotka.

“Speech by Zeman in the Council of Europe stood in stark contrast to our foreign policy, and the President had no mandate from the Czech government,” he said.

Bohuslav Sobotka said that the Czech Republic advocates the observance of international law. He also said that EU sanctions against Russia cannot be canceled before the implementation of the Minsk agreements.

The Czech Embassy in Ukraine has said that the words of Zeman a “sale” of the Crimea was his personal opinion.

“It is necessary to deal with Directors.” Klimkin called Zeman “actor” for the offer to compensate for the annexation of the Crimea