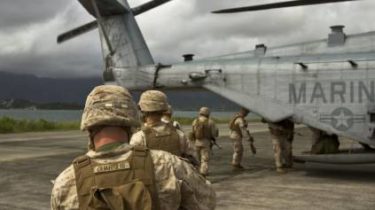 In the US there is full political support of granting Ukraine lethal weapons, said Deputy Prime Minister for European and Euro-Atlantic integration of Ukraine Ivanna klympush-Tsintsadze.

About it writes “Interfax-Ukraine” with reference to the broadcast of one of Ukrainian TV channels.

However, she stressed that the final decision in this matter should be taken by the President of the United States Donald trump. “I hope it is not far off and still be taken through what is full and bipartisan support of Congress, and there is support at the management level and the defense and foreign ministries, and heads of national security Council of the United States,” – said Deputy Prime Minister.