In Kiev, may be a square of Boris Nemtsov – Klitschko 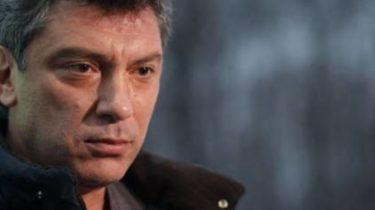 The mayor of Kiev Vitaly Klitschko said that the city could soon be a square in honor of Russian opposition politician Boris Nemtsov.

This was reported on the website of the KSCA.

“I can’t say that with Boris Nemtsov, we were great friends, but we had a good relationship. What happened to Nemtsov, is a Russian reality, when you kill people who have an alternative view. I am sure that it was a political assassination for his views and criticism of the authorities”, – said the mayor.

Klitschko added that he had already discussed the possibility of renaming objects in Kiev in honour of the policy with his daughter Jeanne. Now this issue should be considered by the city Council.

“I am confident that this issue will be voted on. We have already determined the square and discussed the possibility of the monument. Soon we will make a decision on these issues,” – said Klitschko.

Recall Boris Nemtsov was killed late in the evening of 27 February 2015. It was shot in downtown of the Russian capital of cars that drove past. June 29, all five accused in the murder of the policy the jury found guilty. Nemtsov’s killer sentenced to 20 years in a strict regime colony.

Videocomplete Putin and the tea party with Kadyrov: Nemtsov’s daughter gave a candid interview with TSN