Ukrainian business has predicted the dollar for the next year 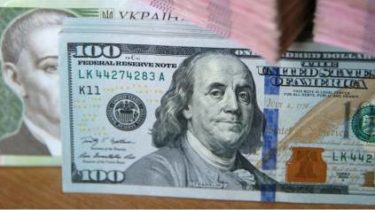 Waiting for the hryvnia devaluation and the dollar respectively, will grow in price and will range from 27 to 30 UAH.

Such forecasts was expressed by the representatives of Ukrainian business, a traditional survey which is conducted by the national Bank.

“The continued stability in the foreign exchange market in the third quarter of this year contributed to the weakening of devaluation expectations of the business. The expected average rate of the hryvnia strengthened for the second consecutive quarter – to 28,46 UAH/USD (in the second quarter of 2017 – 28,68 UAH/USD). At the same time, the share of respondents who expect that the hryvnia exchange rate over the next 12 months will not exceed 27,00 UAH/USD rose to 21.1% from 14.8% in the second quarter of 2017”, – stated in the message controller.

At the same time, business expects in the coming year the growth of consumer prices at 10% (previous forecast of 9.9%).

We will remind, earlier the business had hoped that over the next year, the exchange rate will be at the level 26-29 UAH per dollar.