In Hungary want Hungarian schools in Ukraine was a state. 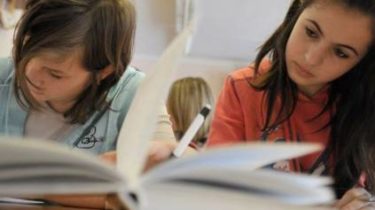 Deputies from Hungary at the PACE I want in Ukraine was a state Hungarian school.

This was stated by people’s Deputy of Ukraine, Vice-President of the parliamentary Assembly of the Council of Europe Georgy Logvynsky, transfers ”112 Ukraine”.

In Europe began to subside emotions, zakalivanie of the education act, – Nemyria

”Believe me, that level of personal communication that is not on camera, not on the TV… which aims to narrow the voter, they completely agree with us. Along with this, we can’t… for example, that requires a Hungarian colleague and said: we want that Ukraine was a state of the Hungarian schools, Ukrainian, and Hungarian. And this cannot be allowed,” he said.

The MP suggested that the Hungarian and Romanian colleagues to stop to go behind the slogans of politicians.