“No violations were”. The Omelyan responded to the NEB investigation on illicit enrichment 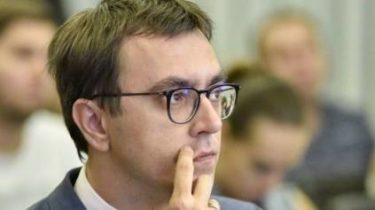 The Minister of infrastructure Vladimir Omelian, which the National anti-corruption Bureau suspected of illicit enrichment and Declaration of false information, says that does not break the law and is willing to cooperate with law enforcement.

This was announced on his page in Facebook press-the Secretary Marina Tomko.

“Infrastructure Minister is ready to answer all the questions of the detectives NAB, and provide all documents that demonstrate that no violation on his part was not” – she said.

According to representatives of the Minister, Omeljan open to cooperation with the GPU, SBU and NABOO.

Earlier, the Solomensky district court of Kiev satisfied the petition of the detectives NAB provision temporary access mobile, which uses the Omelyan, during investigation in criminal proceedings from may 26 this year by the Declaration of false information and unlawful enrichment by the Minister of infrastructure of Ukraine.

VideoPlayer Omeljan not hide how much his rest