In the center of Kiev will block from-for mass actions 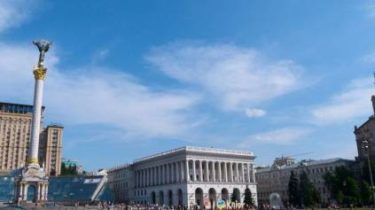 In the center of Kiev on Tuesday, October 17, will cover a number of streets in connection with mass actions of political forces and public organizations.

About it informs the press service of Kyiv city state administration.

We will remind that on October 17 in the center of Kiev plan to share a number of parties and public organizations, among them the party of “new forces” of Mikheil Saakashvili, “Freedom”, “Self”, “citizenship”, Centre of anti-corruption movement “Honestly” and the like.

Recall that “kievavtodor” reports about the restriction of traffic on a section of the street Helen Teligi in connection with the repair of the coating.

From 15 October in connection with the execution of works on capital repair of the street Teligi the traffic will be limited on the area from the street Kopilka to the street. towards the subway station dorohozhychi.