Shkiryak reported about a possible assault are Happy with firecrackers 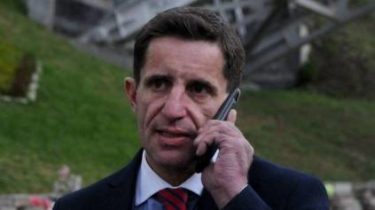 Advisor to the Minister of internal Affairs Zoryan Shkiryak reported that the representatives of the faction “Samopomich” headed by semen Semenchenko allegedly planning to attempt to storm the Verkhovna Rada.

About this he wrote on October 17 on his page in social network Facebook.

According to him, law enforcers ready for any situation.

“According to available information, always angered by “the Vienna boys” led by “conductor” Gresini (Semyon Semenchenko – Ed.) very peaceful and very religious of the faction “Samopomich”, probably going to attempt the storming of Parliament with explosive packets. Probably counting on the “crowd effect”, – stated in the message Shkiryak.

Published by the Zoryan Shkiryak 17 Oct 2017

He stressed that security forces would respond adequately to any provocation.

We will remind, recently in the Verkhovna Rada the people’s Deputy from “Samopomich” Yuri Levchenko left the session hall a smoke grenade. His act he explained that it did not support the vote of other members for reintegration laws concerning Donbass.