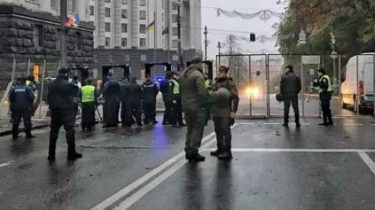 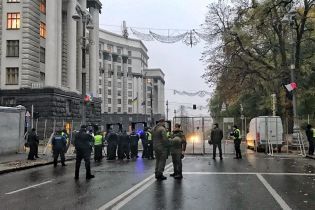 Today, October 17, police and National guard population of 3,500 people to ensure the public order and security in the government quarter and directly at BP.

About this in his Facebook wrote the speaker of the Ministry of internal Affairs Artem Shevchenko.

“Don’t be surprised and adequately take increased security measures, in particular the metal detector. After the bloody August 31, 2015, when a grenade killed 4 guardsmen conscripts, they are installed at all public events. If the protest really peaceful, no problems for the party frame will not be”, – he wrote.

Furthermore, Shevchenko said, what should pass the inspection.

“Pass inspection, leave forbidden items, and even better not take anything like that – and come to protest. Only peacefully. No other restrictions will not. MIA will never use force first – do not provoke the aggravation and all will be well,” he added.

In turn, Advisor to the Minister of internal Affairs of Ukraine Zoryan Shkiryak wrote in Facebook that “3 million (maybe more) participants of the meeting will be held absolutely quiet and fast enough (through the framework – Ed.)”.

“Of course, if will not be made conscious, planned provocation and outright obstruction of law enforcement officers to perform their functions. No restrictions and obstacles regarding the participation in peaceful protests is not and can not be! Political demands and slogans – it’s not us, it’s not our job. Our task is the protection of public order, protection of life, rights and freedoms, first and foremost, the protesters themselves”, he added, also referring to the events of 31 August 2015.

Attention! Regarding enhanced security measures during peaceful protests in the capital, particularly at BP. The number of installed slog…

Published by the Zoryan Shkiryak 16 Oct 2017

We will remind, today in Kiev, the representatives of different political parties protest outside the Verkhovna Rada for political reforms. The government quarter was blocked by guards, as a result, traffic has overloaded several adjacent streets.

Video settings the government quarter and blocked it for traffic