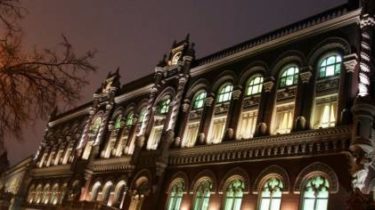 Members of the management Board of the national Bank significantly increased salaries. This was reported by sources of journalists, says the story TSN.19:30.

First of all talking about the Vice Chairman of the national Bank Valeria Gontareva, which itself has five months of vacation. This is evident from the declarations of officials that they are required by law to be paid in October. Performing the strapping of the head of the NBU Board Yakov Smoliy will get exactly twice before – 241 thousand hryvnias. Dmitry Sologub did a nice wife, bringing home at 107 thousand UAH more than in August. Roman Borisenko and Ekaterina Rozhkova earn now 230 thousand hryvnia, and Oleg Churiy – on 6 thousand hryvnias less.

Videoerotic of the national Bank twice raised his salary

The Chairman of the NBU expected salary at the level of 300 thousand hryvnia, but the Mrs. is on unpaid leave, therefore, improved salary to not have time. “I’m not working at the NBU,” – she says. However, when the President will make the decision on its dismissal and when it will report in the Parliament is still unknown. Most likely 300 thousand will receive its current first Deputy Jacob Smoliy, who claims to be the head of the national Bank.

None of the Board members did not want to explain for what services will now receive the money – journalists refer to the press service of the NBU. It was explained that the salaries of the Board have not been increased for years, and now they really decided to bring to market. At the same time, according to Goskomstat, the average salary in the financial sector as of August is slightly more than 13 thousand hryvnias a month – not 300 thousand.