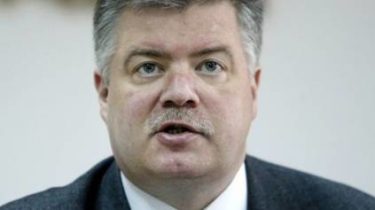 In October, many Ukrainian pensioners have received higher pensions. Promise to pay all premiums until 25 October. However, the range of these allowances is impressive. Someone added 200 hryvnia, someone 2-3 thousand.

Among the main innovations – introduced a new term insurance experience. It will increase annually. Now required for retirement, the minimum contribution period is 15 years. From 1 January 2018 would need to be 25 years. And ten years later, in 2028-m, length should be from 35 years. How to change the appropriate number of years for a pension? The government proposes to “buy” years. The cost depends on the minimum wage. One year now is 16,8 thousand UAH. Five years is the maximum that can be purchased, – 84 thousand UAH.

Not from the minimum and the average wage will also depend on a pension. That is more than the official salary now, the more future pension. Here it is necessary to consider the factor of seniority.

Subsequently, impose the contributory pension system – contributions to the Pension Fund will necessarily make the employer and employees may voluntarily make contributions of their own (including private pension funds). The law on the storage system is now under development.

About the nuances of the new pension reform live “Sedanka z “1+1” said the Chairman of the Board of the Pension Fund of Ukraine Oleksiy Zarudny:

– The Verkhovna Rada adopted the law restores the insurance principles of the pension system. That is, the pension will depend on how much and how people worked. The allocation, which is carried out, shows that the greatest increase in pensions of those who had a long insurance record, legal and high salary, which paid contributions to the Pension Fund.

– Was also abolished pensions for years of service, except for military personnel.

– On retirement on superannuation – those it already receives, and will continue to receive it. Moreover, those who have already acquired the right to pension on superannuation, you can use it at any time in the future. That is, the people who earned these pensions will receive them. And new pensioners will receive payments under the new law.

Also working pensioners previously received 85% of the pension, and from 1 October in full, i.e. 100%.

– What will happen to the pension of those people who most of his life working abroad?

– Those who have had experience in accordance with the Ukrainian legislation, who paid sufficient contributions to the Pension Fund, they shall be entitled to receive a pension in Ukraine. Including those who worked abroad. By the way, the innovation that the law provides, is the ability, for example, when people working abroad to pay for these periods (2004-2010) and to restore the right to receive a pension. Not pay for all the years, but only for those people working abroad to renew your insurance experience. The minimum Deposit with minimum wage – today it is 704 hryvnia per month by a factor of 2. That is a month – 1400 UAH.

Videogame of the Pension Board, spoke about the key changes in pension legislation

– What sense to buy for big money the insurance period (year – 16,8 thousand UAH, for two year – 25 thousand UAH, p‘yat years – 84 thousand UAH), then the same money back to pensioners?

– Are entitled to a pension with a certain availability of insurance. And if the person does not have sufficient insurance experience, for whatever reason, he can pay them for the previous period in order to acquire the right to pension. To find out your insurance experience possible on the website of the Pension Fund (after registration) or to apply directly to the Pension Fund (regardless of registration).

– Pensioners complain regarding unjust modernization of pensions. Because one raised to 100 hryvnia, others – a thousand and several thousand. What is the formula improve?

Before the adoption of this reform in the pension system was a situation that someone had a great experience, some small, some large salary, a small problem, but they all received essentially the same minimum pension. And that with the adoption of this law, we restore the differentiation of pensions. That is an individual approach depending on how much experience is one factor that affects the size of pension. And second – what was the salary. Each individual would be the amount of the pension. It is on this principle were made recalculation of pensions. So someone got promoted, someone less, but all of these increase depend on how people worked and how much he paid contributions to the Pension Fund.

Soon, somewhere towards the end of the month, all pensioners who were made the conversion, will receive a written notice, which will specify the amount of the pension, the calculation of the pension, the factor of seniority, the coefficient of earnings. And they can see why and how the increased pension payment. This is because each individual allocation and a lot of questions.

– Many of accrued salaries based on the salary in 2017, and three years ago. We understand that the dollar exchange rate was different, the economy with other measures, have different prices. Why? It is also an injustice. Asking a pensioner who retired in 2004.

That’s why we are talking about the modernization of pensions, because the pension calculation used this figure for all pensions, the average wage in the country. So this figure has not been revised for almost 10 years and he before the reform was 1197 UAH. Now all pensions were recalculated according to the indicator 3764 UAH. That is one of the key indicators for the calculation of pensions increased three times. This is the answer to the question, how should be taken into account inflation and other factors.

Is the next step. Modernizing their size will be afterwards. Because the law adopted by the Verkhovna Rada on October 3, more about, say, civil pensions appointed according to the law “On compulsory state pension insurance”. And the same law provides that until November must be submitted to the Verkhovna Rada a law that regulates provision of pensions, increase of pensions to servicemen. Now the bill is being developed.

More details about the nuances of pension reform read on Dnia this link.