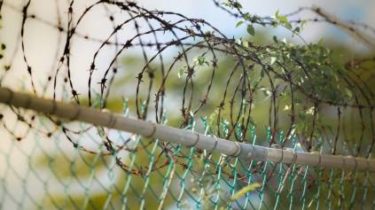 In the occupied part of the Donbass, Debaltsevo resident was sentenced to 19 years in prison on charges of spying for the Ukrainian authorities and illegal possession of weapons.

This was reported on the website of the separatist so-called “General Prosecutor’s office of the DNI”.

According to the militants, “in July 2014 R. gave its consent to the employee Debaltseve GUO gumvd of Ukraine in Donetsk region, which acts in the interests of foreign intelligence, to collect and send for a reward for information about the personnel, armament, number and disposition of military equipment for use against the security of the DPR”.

Russian special services tried to recruit a citizen of Ukraine

Militants also write that the Ukrainians executed the assignment in November 2014 found in debaltseve two militants of the DPR, who perform combat missions. About it by phone have informed the police of Ukraine. In the so-called “Prosecutor’s office of the DNR” said that after the militants had gone missing.

“In March 2015 collected and recorded information on the number and locations of military equipment, number of personnel and weapons. The information collected, the offender was going to give the person who is acting in the interests of foreign intelligence, but the road to Artemivsk was detained by law enforcement authorities of the DNI. In addition, in the process of their illegal activities, organized a compartment in which the illegally kept arms and ammunition “, – is spoken in the message.

Earlier, the militants of the terrorist organization “DNR” two residents of Donetsk – a man and a woman, was sentenced to 14 years in prison for “espionage in favor of Ukraine”.