Near the Glad morning, a rally of 200 people 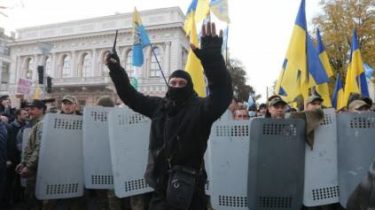 As of 9 o’clock in the morning near the Parliament building is about 200 protesters.

This was announced by the Director of the communications Department of the MIA of Ukraine Artem Shevchenko on Twitter.