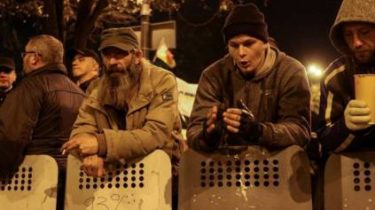 Night near the Verkhovna Rada on the street Grushevskogo was calm, the protesters say.

This is stated in the story TSN. Ranok.

In the morning, the activists removed the tent city and waiting for a vote in Parliament of two bills regarding the removal of immunity of deputies and on amendments to the electoral legislation. The establishment of the anticorruption court on the agenda yet, so the deputies are waiting for the President’s bill.

Activists say they will let the Parliament freely to all MPs, but will not release in the event of a negative vote.