Poroshenko discussed by telephone with the President of Romania, the controversial law on education 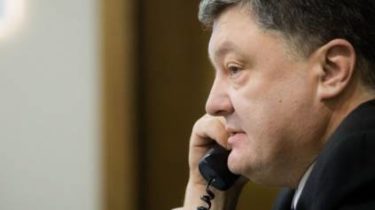 About it reports a press-service Poroshenko.

It is noted that the leaders discussed the Law of Ukraine “On education” in protecting the linguistic rights of national minorities, as well as topical issues of Ukrainian-Romanian relations.

“The Romanian President confirmed support for the territorial integrity, independence and sovereignty of Ukraine”, – stated in the message.

Poroshenko invited Iohannis to make a visit to Ukraine in the near future.

Romania and Hungary, criticized the adopted law on education, believing that it violates the rights of national minorities in Ukraine. Statements with respect to Ukrainian law by the Ministry of foreign Affairs of the two countries. “The state Duma has prepared a statement regarding the Ukrainian law on education, in which he condemned adoption by the Verkhovna Rada of the document. The Russian foreign Ministry stressed that the document infringes on the interests of millions of Russian-speaking residents of Ukraine.