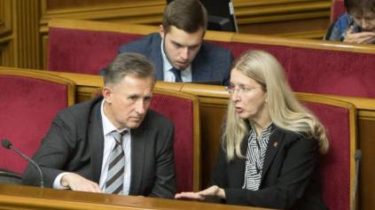 Today, October 19, during a meeting of the Verkhovna Rada adopted the bill on medifarma.

The law “On state financial guarantees for providing medical services and medicines” in the second reading vote of 240 deputies.

New medical reform includes the change of the funding model. Among the key points of the adopted law: medical insurance, doctors charge for services rendered, the choice of family doctor and international treatment protocols.

“For the preservation of the system we pay in human lives”. Groisman called on MPs to launch madrepore

The reform provides for a system of state social medical insurance. The insured person can obtain medical services and medications fully or partially at the expense of the state solidarity of health insurance in healthcare institutions of any forms of ownership and individuals-entrepreneurs.

As previously reported, the Verkhovna Rada there were several attempts to adopt a law on medifarma. The document was supposed to vote on 7 September after going through all the committees and improvements, but it did not receive sufficient support in the session hall. Subsequently, the Chairman of the Verkhovna Rada Andriy Parubiy reported that the vote will take place on October 17, but it was thwarted.

Videomagazine reform 2017: what changes do you expect Ukrainians