The Parliament brought the national guardsmen from several cities of Ukraine 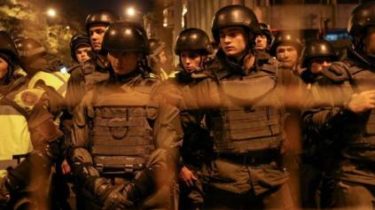 Protesters at the Verkhovna Rada in the morning, prayed and was sprinkled by the priest in his tent city. The activists arrived people’s deputies from “Samopomich” semen Semenchenko, Yegor Sobolev: they had a briefing for them and asked not to beat the people’s representatives.

The Parliament building came the buses with the security forces. National guardsmen arrived from Lviv, Ivano-Frankivsk, Cherkassy, Kropiwnicki. They must ensure that the work of the Verkhovna Rada.

The deputies today – busy day. After consideration of the bill on medical reform, they should include in the agenda draft laws on amendments to electoral legislation and the abolition of parliamentary immunity.