The AP said, as Poroshenko has purchased the rifle for the Ukrainian military 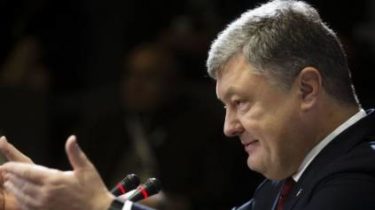 Tools for rifles and other weapons, which the President of Ukraine Petro Poroshenko gave the third regiment of the special operations Forces of the APU, was allocated to the Corporation Roshen.

This is stated in the answer of the presidential Administration at the request of “the Ukrainian truth”.

“Petro Poroshenko and company, the beneficial owner of which it is in the framework of support gave the Ukrainian army a sniper rifle and other weapons,” reads the response body. 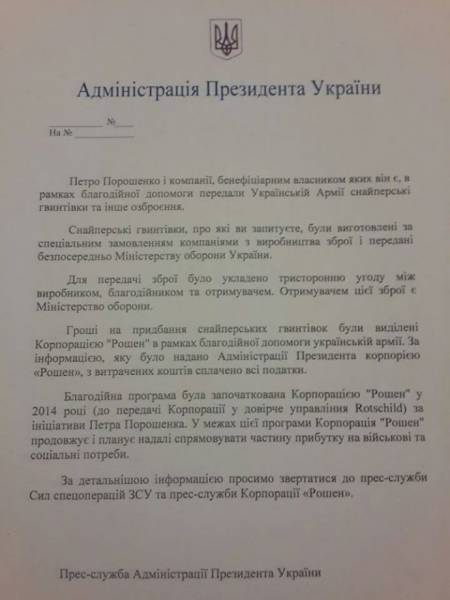 It is noted that they were made on special order “companies that manufacture weapons” and submitted to the Ministry of defence.

Indicates that Roshen has paid all the taxes on the money spent.

We will remind, earlier the adviser of the President of Ukraine Denis Biryukov wrote that an unnamed “patron” had purchased weapons for the third regiment of the special operations Forces of the APU.

The Internet portal of the Ukrainian military pages spread information about what Poroshenko spent on Ukrainian army 500 million UAH of its own funds.