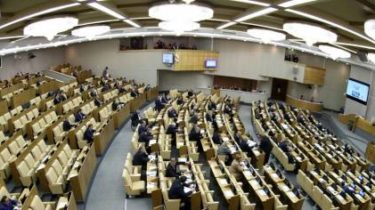 One of the representatives of the illegitimate “state Duma” reported the sanctions imposed by Australia. Such information to it was provided in camera “Council” where she went “through diplomatic channels”.

Under the sanctions were “elected” in the occupied Crimea “MP” Andrey Kozenko, appointed Russian Prosecutor of the Crimea” Oleg Kamshilov, “Deputy Prime Minister” of the Peninsula Georgy Muradov, “the Governor” of Sevastopol Dmitry Ovsyannikov, as well as representatives of terrorist groups “DNR” and “LNR”.

Ukraine and three other countries have extended sanctions against Russia

Also this day the Governor-General of Canada Julie Payette signed the so-called “Magnitsky act”, which allows to impose sanctions on human rights violators around the world, including in Russia.