Gets more than one who is closer to the government: farmers quarreled because of government subsidies 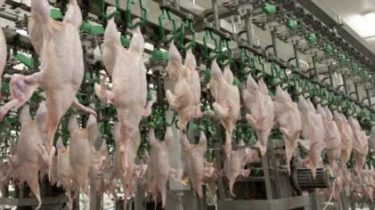 Agricultural producers of Ukraine was divided into satisfied and disgruntled, because they believe that the state subsidizes some, and robbing others. This year, the state budget allocated 4 billion hryvnias which was distributed on 1140 producers, among which are those that raise pigs, cows, are used for crop production, monochrom, but most of the money was taken for two major agro – producers of chicken meat, says the story TSN.19:30.

One of them, “MHP”, belongs to a friend of Petro Poroshenko Yuriy Kosyuk and the other, “Oklanderlig” businessman Oleg Bakhmatyuk. Them two got almost 2 billion budgetary support. “It is true that Kosyuk and Bakhmatyuk together is 80-90% of poultry production. From the song words can not erase” – recognizes the Deputy Chairman of the Ukrainian agrarian Council Mikhail Sokolov.

The draft budget for 2018 plans to halve state subsidies to the agricultural sector, but individual MPs did not like it and they proposed to keep the subsidy level this year. Political opponents immediately dubbed their lobbyists. “The agricultural sector produces a lot of money, and we are not protecting the peasants, and the oligarchs”, – said the MP Viktor Pynzenyk. But one of the sponsors of the amendment to increase the grants your relationship with agramante denies. “This means that the system is imperfect, because our goal is to help small and medium businesses”, – says Roman Semenukha.

Ukrainian farmers twice increased supply of berries, fruit and nuts in the EU

Yury Kosyuk about subsidies their business not know. “I don’t know what you’re talking about”, he replied. Experts also suspect that MPs do lobbying for increased subsidies for the big players. “Large agricultural holdings receive more. They say that they get more because they produce more, but if you look proportionately, what part they produce, the portion is somewhat less than the subsidies received. As always, we in Ukraine who has ties to the government, he can no longer get any privileges,” says the agricultural expert Vladimir Konovalchuk.

Small and medium farmers say that Kosyuk are no good – just chicken is all year round, unlike, for example, pork. Therefore return more for it. “Kosyuk lucky, like all poultry, they have a separate poultry processing plant and the crop to another entity,” says Sokolov. Therefore, in his opinion, it is necessary to change the whole system, and the state money is distributed equally. But will changed the principle of the allocation of subsidies more transparent, is still unknown. The MPs are now arguing simply for their size.