How will the tree and what streets will block in Kiev: the capital is preparing for Christmas 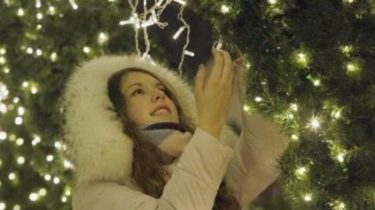 From 19 December 2017 January 14, 2018 in Kiev will be held new year and Christmas holidays in the framework of the project “Neork Sophia”.

This was reported in the KSCA.

The celebration will be held at three locations – sophiiska and Mykhailivska squares, and at the Vladimir passage.

The name of the project associated with the new garland Neo Neon, through which the color of the tree would change daily, but new year’s eve it will sparkle with all the colors, the report said.

All locations of the winter town will decorate 80 km illuminations. Will also offer indoor and comfortable zone along the line of the food court (2,500 sq m) that will protect visitors from rain. Will change the location of the courts – they will be placed makeshift quarters.

In the winter the town is planned to equip Wi-Fi coverage.

For the period of preparation and holding of the event from 29 November 2017 to 31 January 2018, will be limited vehicle traffic (except city passenger transport, operating in conventional mode) along the Vladimir passage (from of the house. Number 23 on St. Sophia square to St. Michael) and St. Vladimir (from Rylsky lane to Vladimir us).

Also from 29 November 2017 to 31 January 2018 will be banned the movement of all types of vehicles along the Vladimir passage (vul. Malaya Zhitomirskaya to Mikhailovskaya square).

In addition, the movement of all types of vehicles along the Vladimir passage (from the house number 23 on St. Sophia square to St. Michael) and on the street. Vladimir (from Rylsky lane to the Vladimirsky passage):

We will remind, earlier the Ukrainian Institute of national memory has suggested a list of traditional holidays, Christmas according to the Gregorian calendar, which is celebrated on December 25.