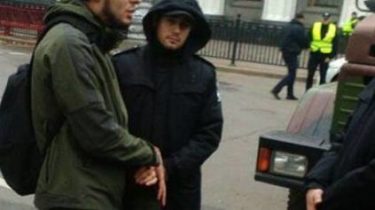 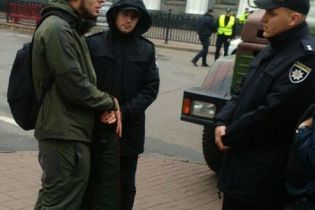 Kiev police have established the identity of the person detained in the center of Kiev with weapons.

According to the chief of the national police in the city of Kiev, Andriy kryschenko, the man was 24-the summer inhabitant of Odessa region.

“This is the inhabitant of Odessa region, 1993 year of birth. Explained that weapons purchased in the Odessa region a few days ago. For what purpose he came to Kiev, and why the weapons arrived on Hrushevskoho will be established during the investigation”, – quotes the press service of the police quote Krishchenko.

Around Excited partially unblocked traffic on the surrounding streets

The withdrawn weapon is directed for examination.

We will remind, on October 21 in the morning in Kiev detained the man with a knife, a pistol and a rifle with telescopic sight. He walked to the protest at the Verkhovna Rada. To introduce myself, he refused, so he was taken to the police Department.