On Donbass wounded a Ukrainian soldier. Chronicle of the ATO 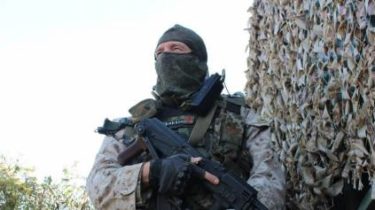 For Saturday, October 21, in the area of ATO in the Donbas during attacks of militants and injured Ukrainian soldier. It happened near Bogdanovka in the area of Mariupol.

“At night, the militants fired rocket-propelled grenades and machine guns at the defenders Starognatovki that in the coastal areas. The same gun that the enemy about three o’clock in the morning began shelling strong point of Ukrainian army near Bogdanovka. Our soldiers using infantry weapons, responded harshly to the occupants. As a result of the confrontation wounded one soldier of the forces of ATO”, – stated in the message the press center of staff ATO.

On Lugansk the direction fighters from small arms fired at positions Armed forces of Ukraine near Crimea. And the 82-millimetre mortar was beaten on the outskirts of Trinity.