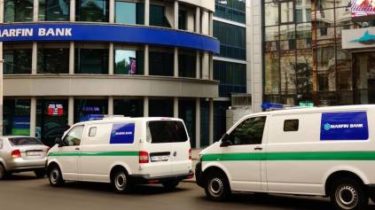 The Prosecutor General’s office suspects employees of one of the Odessa banks in the embezzlement of 300 million UAH.

This is stated in the decision of Pechersky regional court of Kiev.

The illegal transactions were involved the managers of the Bank “Marfin”. According to law enforcement officers, in the years 2016-2017, they are using a fictitious company, is framed by two other persons taken out of the Bank about 300 million UAH.

Theft in the defense Ministry: the court decided not to arrest investor “trade, Comodity”

The court order States that the fraudulent scheme was made possible “by providing loans without collateral to affiliated enterprises to further their inclusion in the authorized capital of the Bank using a sham procedure capitalization”.

During the investigation the Prosecutor’s office asked the court to provide records of telephone conversations and text messages of one of the defendants for the period from February to may 2017. The court granted the motion of the Prosecutor and ordered the Odessa operator OOO “Intertelecom” to provide the necessary data.

Earlier it was reported that the Prosecutor’s office of Kiev opened criminal proceedings concerning the embezzlement of state funds to the shooting of Ukrainian films in the state.