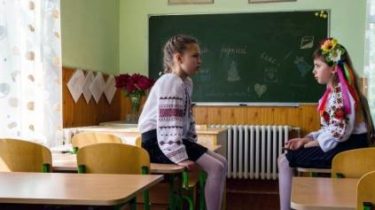 Poland and Ukraine have found an understanding of the education act and the languages of national minorities in Ukraine.

This was stated by Deputy Prime Minister and Minister of culture and national heritage of Poland Piotr Hlinsko, writes UNIAN.

“Today, as soon as I found out there was a signed consent – the statement of the heads of educational offices after last week’s very productive visit by Minister Zalewski in Ukraine and the progress with the Ukrainian side to understand”, – he stressed.

As reported, on October 17 the Minister of education and science of Ukraine Lilia Hrynevych and the Minister of national education of Poland Anna Zalewski said that soon will sign a Declaration of assurances to representatives of the Polish minority receive full General education in Polish schools in Ukraine in the native language with a consistent increase in the proportion of subjects taught in the Ukrainian language.

Recall, September 5 during a meeting of the Rada adopted the law of Ukraine “On education”, which introduced the 12-year secondary education. The language of instruction in educational institutions determined by the state. The document envisages that the institutions can be taught one or more courses in two or more languages – Kazakh, English and also in other official languages of the European Union. Persons who belong to indigenous peoples and national minorities of Ukraine is guaranteed the right to education in their native language along with the Ukrainian language in public institutions of preschool and General secondary education.

Romania and Hungary, criticized the adopted law on education, believing that it violates the rights of national minorities in Ukraine. Statements with respect to Ukrainian law by the Ministry of foreign Affairs of the two countries. “The state Duma of the Russian Federation” has prepared a statement regarding the Ukrainian law on education, in which he condemned adoption by the Verkhovna Rada of the document. The Russian foreign Ministry stressed that the document infringes on the interests of millions of Russian-speaking residents of Ukraine.

12 October PACE held an emergency debate about the law and the results of the adopted resolution with recommendations for Ukraine. In particular, according to delegates, the law does not provide for the right of national minorities to study in their native language and significantly reduces their rights as concerned members of the Assembly. Moreover, it is noted that to obtain the conclusions of the Venice Commission “the Assembly considers it premature to take a position in relation to any legal issues.”

We will note, earlier Hungary renounced claims to the law on education. Both countries agreed to the compromise.