The kidnapper, the baby was placed under-house arrest 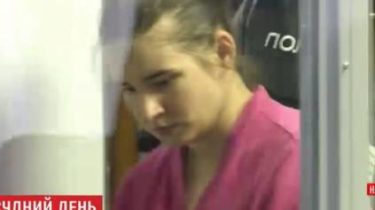 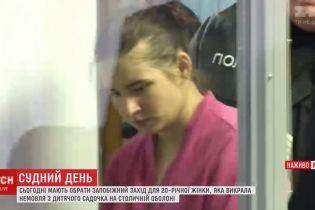 Obolon court of Kyiv chose a measure of restraint in the form of a round-the-clock house arrest for two months with the wearing of an electronic bracelet of the suspect in the kidnapping of baby Diane Shawl.

Such a measure was demanded by the Prosecutor. Without prosecutors or investigators Dayan has no right to leave the place of residence.

The lawyer of the suspect said that if this measure does not satisfy Diana, he will appeal.

Meanwhile, her boyfriend was released today, as is now believed that he was not in cahoots with the suspect.

We will remind, last Friday, the father of the baby arrived in the back garden, the elder daughter, went up to the group and the youngest child left in a stroller on the ground floor. The abduction was recorded by surveillance cameras, of a child found less than a day near Kiev. 20-the summer guy and the girl was detained on suspicion of kidnapping a minor child.

TSN found the house where the suspect lives, the neighbors, the girls do not believe in her guilt and speak positively about it.

Videobased girl who stole the baby Obolon, don’t believe in the perfect crime