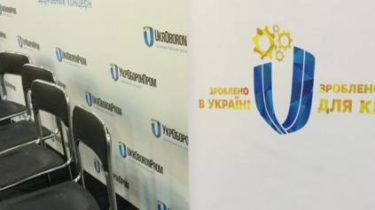 This is stated in the plot of “Our Money Denis Bhusan”.

It is noted that the participants of the scheme associated with the presidential management, and the investigation in these cases is hidden in the Prosecutor’s office.

In 2014-2015, the Ministry of defense ordered the Kiev armored factory repair and maintenance of emergency vehicles. KBTZ allegedly purchased repair parts for 5.3 million of the firm-the intermediary, who allegedly purchased them in two other intermediaries “inter Steel LTD and Optionspecial”. In turn, the “Optionspecial” parts ordered from the company “Prommarket”, which turned out to be fictitious. 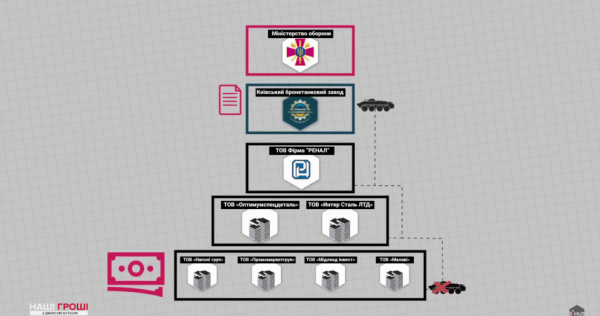 In December 2015, the case began to investigate the Prosecutor’s office. Guide KBTZ suspected of stealing public funds. The investigators questioned the formal owner of “Prommarket” Olena Siryk, unemployed woman from the village in the Kyiv region. According to her, the firm had registered for the money and no contract for the supply of spare parts is not signed.

In 2017 the history of this procurement began to investigate the Main military Prosecutor’s office. Investigators expanded the list of fictitious suppliers: in addition to “Prommarket” Siryk, “Optionspecial” processed the purchase of the “Napoli group” and “Midland”invest.

Subsequently, the Prosecutor’s office found and interviewed the owner of “Optimistical” Vladimir Volkach. He acknowledged that the company has no warehouses and transport, and registered a company for taking possession of gosdengami. The investigation found that the companies from this group had been providing parts to other companies of “Ukroboronprom”.

In 2016, the investigation against bogus companies also conducted the Kiev and Zhitomir tax. Investigators found the absence of any production facilities, transport, raw materials, etc, offices or warehouses. Firms at the beginning of the chain providers have never had spare parts for military equipment. Therefore, could not sell them. 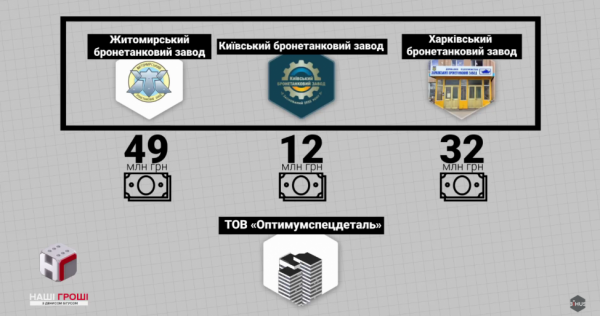 In addition, the services “Optionspecial” enjoyed a private Plant “Workshop on Rybal’s’ke”, listing more than 7 million UAH. According to journalists, the ultimate beneficiaries of the plant is the President of Petro Poroshenko and his ally, partner and friend – the Deputy from BPP Igor Kononenko.

The above-mentioned owner “Optionspecial” 34-the summer inhabitant of Kiev, Volkach lives with her mother in the old Khrushchev and the last six months unemployed. Sentence for fictitious business he never received, because it threatens imprisonment of the leaders of the three armored plants, donated his firm millions.

Volkach – a former employee close to the leadership of the defense factories of the company “cold Steel”. That is, “Optimum” and “inter Steel” in the history of KBTZ are directly related companies. Three years ago KBTZ without the conclusion of contracts transferred “inter have Become” 12 million 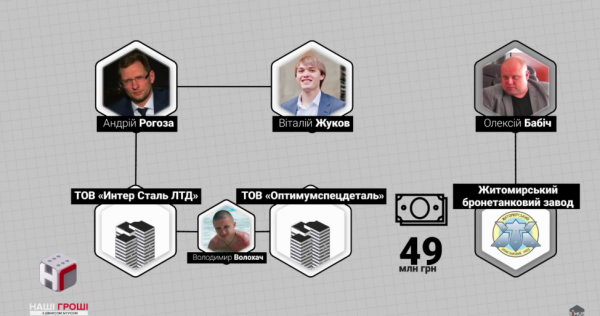 Owner and Director of “inter Steel” Andrey Rogoza associated with ex-assistant of the General Director of “Ukroboronprom”, and now a representative of the plant Poroshenko Vitaly Zhukov. In 2014 they were partners in the trading company “Beltorg Ukraine LTD”. They even have a General criminal proceedings for fraud.

Zhukov continues to deal with defence Affairs, but in a new role. October 3 he met with the head of oboronproma enterprises in Kharkiv Alexei Babich in one of Kiev restaurants. Babich has led the armored plant in Zhytomyr and it was under his leadership, the factory has listed “Optimistically” 49 million UAH.

At the meeting Babich discussed the delivery of products for his company, and beetles – were the supplier, the plant “Workshop on rybalskaya”. 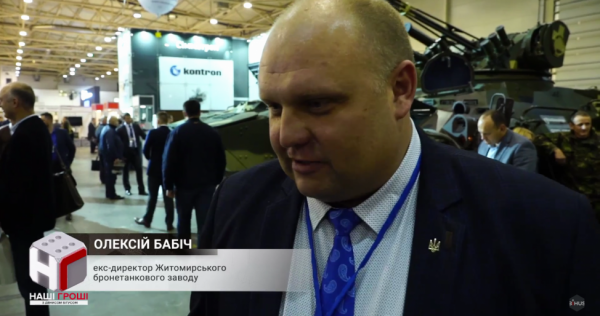 Babich is the brother of Deputy chief of staff “Ukroboronprom” Andrew Babich, who had previously had a car business in Kherson and concern came together with the current General Director Roman Romanov. Novels is also a native of Kherson, headed the election campaign of Poroshenko and was a dealer “Bogdan” in the field.

Journalists report that Novels and babychi, along with longtime partner President Oleg Gladkovsky, enter the new command of heads of defense industry, who received their positions after coming to power Poroshenko.

Theft in the defense Ministry. COAG has requested the investor to “trade Comtt” 149 UAH million pledge

Recall, October 11, detectives NABU and SAP detained the Deputy Minister of defense Igor Pavlovsky and Director of the Department of public procurement and delivery of material resources of the Ministry of defense Vladimir Gulevich for embezzlement of over 149 million UAH of the state budget during the fuel procurement for the defense Ministry, according to the article part 5 of article 191 of the criminal code. To them threatens from 8 till 12 years of imprisonment.

Pawlowski was arrested for two months.

12 Oct NABOO reported about suspicion to two defense Ministry officials of embezzlement of public funds in the purchase of fuel.