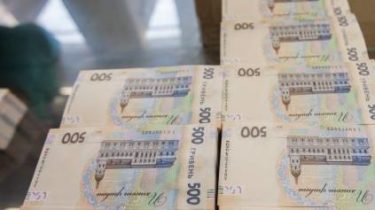 The state concern “Ukroboronprom” has responded to the investigation of the program “Nashi Groshi with Denis Bigus” about the withdrawal of public money the defense companies in a fictitious company.

This is stated in the message of concern.

“Ukroboronprom” is not responsible for the economic activities of contractors and commercial entities with whom they collaborate. But for the sake of preventing any transactions, the concern is every time asked from regulatory and law enforcement authorities information about the suppliers and their possible fictitiousness”, – said in concern.

Therefore, in the case of suspected provider in transactions, “Ukroboronprom” is informowania and forwards it to law enforcement.

It is noted that all the purchases are on a competitive basis in accordance with the law, including through electronic trading platforms system Prozzoro.

According to representatives of the group, Bigus during his journalistic investigation made some critical errors that “raise the question of the independence and impartiality of the journalist”.

We will remind, in the state concern “Ukroboronprom” tens of millions of budget funds transferred to fictitious firms. This is stated in the plot of “Our Money with Denys Bigus”. It is noted that the participants of the scheme associated with the presidential management, and the investigation in these cases is hidden in the Prosecutor’s office.