Producer of “Eurovision-2017” denied millions of violations identified by auditors 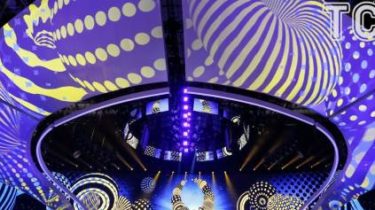 The acting Executive producer of “Eurovision-2017” in Kiev, Pavel Gritsak called released by Gosudarstvenoi the facts of violations during the organization and holding of the contest in the amount of 8.6 million hryvnia “incorrect”.

“Considered in monetary terms, such as procedural, minor deficiencies or violations, which could result in losses and could not inflict any harm to the organization and holding of Eurovision-2017, in principle, is not correct, since such disadvantages it is more expedient to consider it in the number of procedural violations,” he stressed.

According to Hrytsak, Gosudarja did not specify what violations have led to multi-million dollar losses.

“According to analysis of official Letter requirements Gosnautilus received by PJSC “NSTU” 17 October 2017, the total amount of financial violations, which may lead to losses, is 348 thousand UAH or 0,058% of the total amount spent PJSC “NSTU” to conduct in Ukraine the Eurovision song contest-2017. Absolutely no mention of any violations which could lead to or has led to losses of $ 8.6 million hryvnia, there is no official letter of demand from the DAS to PJSC “NSTU”, or in the Act of Audit is GUS,” said the producer.

At the same time Hrytsak assured that the national public broadcasting company officially gave reasoned objections with respect to all of the above 85 procedures.

“The reason for posting on the website and announcements in the press conference above information is unknown to us, so the team of Eurovision-2017 has already sent the corresponding letter to provide explanation or rebuttal from Gosnautilus. In the case of the inaccuracy of the above information, I reserve the right to demand refutation of the information in accordance with the legislation”, – he concluded.

We will remind, in April the scandal surrounding the “Eurovision”: the capital’s businessmen has submitted to the NEB of the complaint to the organizers of the song contest, the carriers said that the tender for the transportation of equipment from Europe to 200 trucks was won by the firm who proposed the highest price.

After that, Gosudarja conducted the audit at PJSC “national public broadcasting company of Ukraine” for the period 24 may to 16 August this year on behalf of the Prime Minister of Ukraine Vladimir Groisman, the results of which the auditors said about multi-million dollar illegal expenditures the organizers of “Eurovision”.