Lutsenko has threatened Sobolev deprivation of inviolability from beating “cyborg” 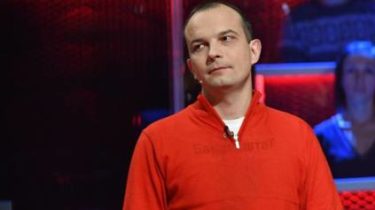 The Prosecutor General of Ukraine Yuri Lutsenko does not rule out that his Agency may initiate removal of inviolability from the people’s Deputy of Ukraine from “Samopomich” Yegor Sobolev of beating ATO Yaroslav Khodakovskogo.

The head of the GPU, told reporters on Tuesday, reports RBC-Ukraine.

Lutsenko said that the Prosecutor General’s office will interrogate Sobolev, and three other participants of the incident, during which was beaten Khodakovskogo – “participant of the protest action, ATO and is widely known in volunteer and military circles of identity”.

“As soon as we have the facts that directly indicate the fault of the MP, I certainly can’t rule out the idea of the abolition of parliamentary immunity “, – said the head of the GPU

Lutsenko noted that the circumstances of the incident burdened by the fact that Sobolev has positioned itself as one of the organizers of the protest.

The people’s Deputy does not mind if it will remove the immunity, and even he is going to vote.

“If the attorney General initiates the removal of inviolability from me, I will vote in favour and will ask the whole Parliament to vote”, – said Sobolev on air of TV channel “112 Ukraine”.

Regarding the incident under the Parliament MP said that Hodakovskiy was the victim of provocateurs.

Political rallies near the Parliament: who, what and why requires and which has been already achieved

“He was provoked, he did not do anything wrong, now in court is finally proven, but piled on him beating one of the police officers. When we came to the place of conflict, we said, “Look, he beat a policeman”. And so said a lot of people and a lot of people that were among us. Both sides opened the people who do everything that the collision occurred… To me Natspolitsiya after all this happened, came up and said that he’s having a fake seizure, spits foam, and he’s actually alive and well, he’s definitely a provocateur, and can I write on it a statement that he is not from my camp,” – said Sobolev.

Under the Parliament after clashes with protesters, a policeman lost consciousness

However, the MP and “cyborg” already have. On 24 October, the Pechersky district court chose a measure of restraint Yaroslav Chodakowska – night house arrest. After the trial, Sobolev came to “cyborg” and said: “Sir Yaroslav, if you want to hit me…”. It Hodakivskiy said that everyone is entitled to a mistake, even a member of Parliament, and added that they were both victims of provocateurs.