Lyashko told the secret of winning half a million hryvnia 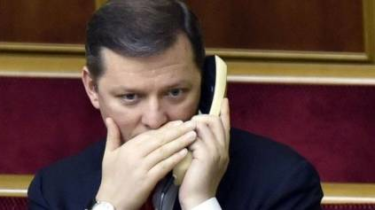 The leader of the faction of the Radical party Oleg Lyashko said that he had won half a million hryvnia not in the lottery, and thanks to bets on football matches of the Champions League.

About it reports “observer”.

“Set where the high ratio. Bet on Shakhtar, rooting, bet on Liverpool. Won, pay taxes. So I was making money. By the way, Rositas (politician’s wife) I met 20 years ago at the arcade,” – said Lyashko.

The politician said that the winnings were anonymous, and he was not obliged to declare them.

However, “as a conscientious citizen decided not to hide additional income”.

“Every politician and official is obliged to be honest. I live honestly placed a bet, won, declared, paid taxes, and not taken to a “shadow”. Nobody lives on one salary. Why we fight for higher wages? So people were able to live a normal life. And now 90% of Ukrainians receive salaries in envelopes and do not pay taxes,” added radical.

We will remind, Lyashko published information about significant changes in the property status on the website of the National Agency for prevention of corruption. According to the published October 24, politician information, he thrice won the lottery “Ukrainian national lottery”. Winnings is 283 560, 153 485 and 134 000 UAH. A total of 571 045 UAH.