Near Kiev, a drunk driver hit child in crosswalk 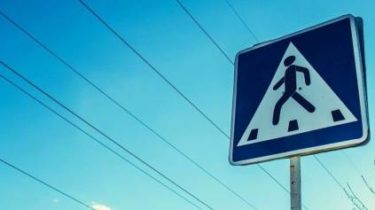 Drunk driver car Ford knocked down in the city centre of cherry near Kiev underage girl on a pedestrian crossing.

“The driver of the car Ford, being in a state of intoxication, knocked down on a pedestrian crossing girl. The victim is hospitalized. Status of the child at the moment nothing is known”, – is spoken in the message.

According to witnesses, the drunk driver was driving in a car same a drunk passenger.

A drunken accident with the victim near Kiev in cherry, at the intersection of European and Green. The driver of a passenger car…

“The girl was hospitalized with a leg injury in the hospital, the car was sent to a shtrafploshchadka”, – stated in the group “Safe city cherry”.

We will remind, in village Vinogradovka of the Odessa region shocked by the accident that occurred the day before. There the driver lost control at high speed drove into pensioners, who rested on the bench.