Fire affected IDPs sure that their dormitory was set on fire 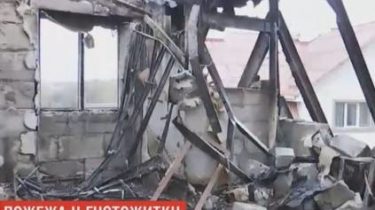 A fire in the hostel. On the outskirts of the capital at night broke out of the building, which is inhabited by IDPs from the Donetsk and Lugansk region. According to witnesses, the fire was extinguished far too long. No one was injured, but the roof and third floor burned up.

It is reported from the scene correspondent of TSN.

According to one of the residents, who woke the neighbors than save them on the roof before the fire he heard the Pitter-patter of not just one person. Then an explosion was heard, which caused the sparking and fire.

Immigrants that live in this house in 2015 insist that it was arson and that it was the work of individuals who claim to be building.

Now the residents of the two lower floors remain in their homes, but they are filled with water and remains a burning smell, there is no power supply. What will happen to the people on, yet no one reports, no examinations have not been conducted.