“Ruslan with all the dope pushed him to the ground”: the ex-berkutovets Mosiychuk saved their lives 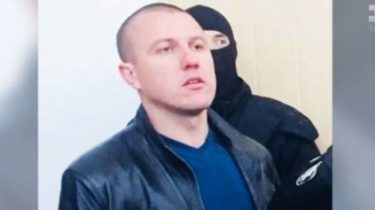 The guard and the assistant people’s Deputy from “Radical party” Ihor Mosiychuk, who died in an explosion, called Ruslan Kushnir.

Told about it on air “Gromadsky radio” the people’s Deputy from the Radical party Dmitry Linko.

“Not only do selfies, but work on disclosure of crimes.” Politicians reacted to the attack on Mosiychuk

“Ruslan Kushnir is assistant, is a person who were near, this is security, and this is the man who helped in many issues. Ruslan sacrificed his life to save Igor” – he said.

“I know that he recently began to work with Igor. About a month was there. He was once an employee of “Berkut”, as far as I know. He was young and energetic, involved in sports. 30 years”, – told about the deceased member of the same party Mosiychuk.

The people’s Deputy Andrey Lozovoy said that Mosiychuk, together with his wife decided to take on the maintenance of the daughter Kushnir “and help her as a mother”.

“Igor remembers only the cry of the Boy: “Putin, the earth!” – Ruslan then with all the dope pushed him to the ground. It saved the Chairman’s life, the more he remembers nothing, except for the light from the explosion, and autumn leaves that are scattered… “, – he wrote in Facebook.

Posted by Andrew of Lozovyy on Wednesday, October 25, 2017

Mosiychuk said that Kushnir was served in the “Berkut”. He is survived by his wife and four year old daughter.

25 Oct evening near TV Studio Еспресо.TV the explosion occurredwhen coming out of the ether guests, among whom was the MP from the Radical party Igor Mosiychuk.

The explosion injured five people. Later the guard Mosiychuk died on the way to the hospital. October 26 morning, it became known that also killed a bystander – Michael Моршель1981 year of birth died in hospital.