NBU has decided to increase the discount rate to 13.5% per annum 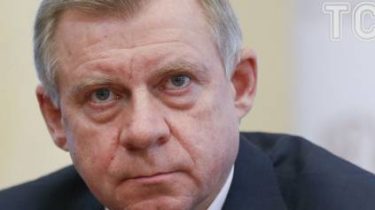 The national Bank decided to raise the discount rate to 13.5% per annum.

This was reported by the acting head of the NBU Yakov Smoliy.

“The Board has decided to raise the discount rate to 13.5% per annum from October 27,” he said.

According to him, tighter monetary policy will help to reduce consumer inflation.

He noted that the NBU may resort to further hike in interest rates to lower inflation risks. Meanwhile, in the case of a positive scenario, the rate may revise downward the end of next year.

“We expect receipt of the next tranche under the program ЕFF in the first quarter of next year,” he said.

In particular, we are talking about tranche from the IMF in the amount of $ 2 billion, during the year, it is expected that another 1.5 billion.

Recall that in may , the NBU reduced the discount rate by half a percentage point. It amounted to 12.5%. The corresponding decision was approved by the NBU Board on Thursday, may 25. This is due to the need to achieve the target on indicators of inflation in 2017-2018. Also, the regulator wants to maintain economic growth.