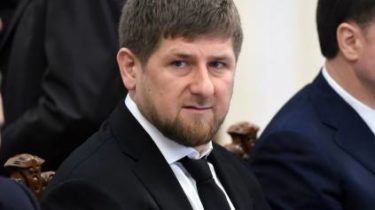 MP from the Radical party Dmitry Linko believes that an attack on his fellow party member Igor Mosiychuk is the leader of the Chechen Republic Ramzan Kadyrov.

“Attempted Mosiychuk is the handiwork of Kadyrov. No doubt!”, said molting.

The leader of the radicals Oleg Lyashko, in turn, has no doubt that the assassination of the Chairman related to his professional activities and political position.

The assassination of the Chairman qualify as a terrorist act

“This is obviously the work of the enemy intelligence because worked professionally,” wrote Lyashko in Facebook.

Close to the Minister of internal Affairs of Ukraine, MP Anton Gerashchenko noted that among the versions of the assassination is the version regarding the actions of the Russian special services to destabilize the situation in Ukraine in the Wake of the protests.

“Earlier the same fate befell the journalist Pavel Sheremet, an employee of the DIU Maxim Shapovalov, Colonel counterintelligence Yuri Voznovo, Lieutenant Colonel Alexander Kharaberyush. The same fate in January of this year was prepared for me,” – wrote Gerashchenko.