Wounded military and shelling of residential areas in the Water. Day in the Donbass 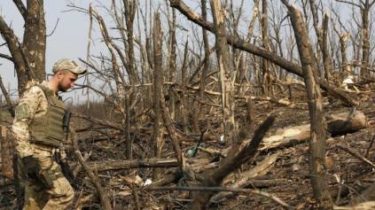 In General, over the past day illegal armed groups 15 times violated the ceasefire in the Donbass. In the fighting was wounded one Ukrainian soldier.

Night fighters near Trinity first beat on the fortifications of the ATO forces with mortars of caliber of 120 millimeters, and later fired 20 shells of rocket systems of volley fire. In addition, the 120-millimeter mortars they fired at the residential sector of the village Water.

#Topad #Foresnic #Donbas #spokesperson #statement the Construction of the press center of staff ATO in 25.10.2017 year at the End of the last…

Posted by the Press center of staff ATO on Wednesday, October 25, 2017

In Donetsk direction under grenade fire appeared and Ukrainian positions on the outskirts of the town and the mine Butovka.

The same gun that the gunmen opened fire near the Crimean that on Lugansk the direction.

Earlier it was reported that on 21 October near the city Happiness of the Luhansk region the Ukrainian military disappeared Alexander Chuikov. He self-willedally left a place of service weapons and still it has not been found.