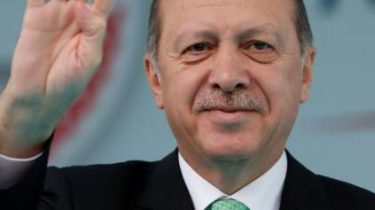 About this Facebook said the head of Majlis Refat Chubarov.

According to him, the meeting was held in the evening on October 26 at the official residence of Erdogan’s Ak Saray (White Palace).

Umerov and Chiygoz thanked the Turkish President for his efforts for their release and called for help dozens of other wrongfully prosecuted, arrested and convicted in Crimea, the Crimean Tatars, Ukrainians and people of other nationalities.

We will remind, on Wednesday, October 25, Ilmi Umerov and Akhtem chigusa gave Turkey after personal negotiations between President Recep Erdogan and Russian President Vladimir Putin. After that, it was noted that the released will be delivered to Ukraine.