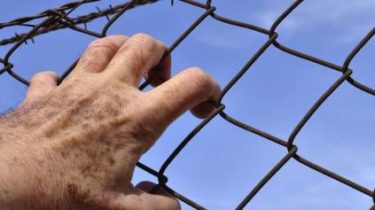 The militants “LNR” was sentenced to 17 years in a strict regime of a fan of football club “Zarya” Vladislav Ovcharenko. About it on the page in Facebook said the journalist Roman Bocskai.

“Yesterday in Lugansk 17 years of strict regime gave Vlada Ovcharenko. I called his family. The illegal “trial” of the invaders found the guy guilty of espionage in favor of Ukraine, article 335 of the criminal code the so-called “LNR”. He’s a real Hero,” he wrote.

We will remind, members of the enforcement wing of group “LNR” announced the arrest of fans of football club “Zarya”. “MGB” detained Vladislav and Artem Ovcharenko Akhmerova. The militants claim that the alleged in Luhansk was created by an underground branch of the “Azov” battalion, and Ovcharenko and Akhmerov were the leaders of the group.