Wounded Ukrainian military and inhibition of the activity of the insurgents. Digest ATO 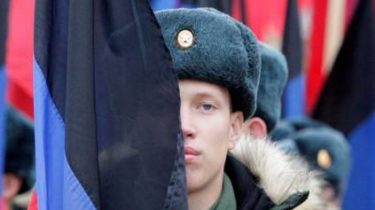 So, in the seaside area, the militants fired at least 39 min caliber 82 mm Oborona Water. Under fire from the same weapons were Ukrainian strongholds near Shirokino. And about 15 hours, the enemy fired several 120-mm mortar shells civilian houses in the village Shirokino.

In the direction of Donetsk today, the invaders were beaten twice from grenade launchers and heavy machine guns at the Ukrainian positions near Avdeevka industrial area. Ukrainian soldiers fire from infantry weapons were harshly suppressed militant activity.

#Topad #Foresnic #Donbas #spokesperson #statement the Construction of the Press center of staff ATO as at 18.00 on 27 October 2017 rock…

Published by the Press center of the ATO headquarters on 27 October 2017.

The result of this confrontation, about 4 in the morning injured one soldier of the ATO forces. The victim was quickly admitted to hospital and now his condition is estimated as satisfactory.

Yesterday, October 26, in the occupied part of Donbass fighters were aiming from a 12.7 mm machine gun in the car of the observers of the Special monitoring mission of the OSCE.

It was also reported that observers have noticed another van with a cargo of “200”that crossed the border and went in the direction of Russia.